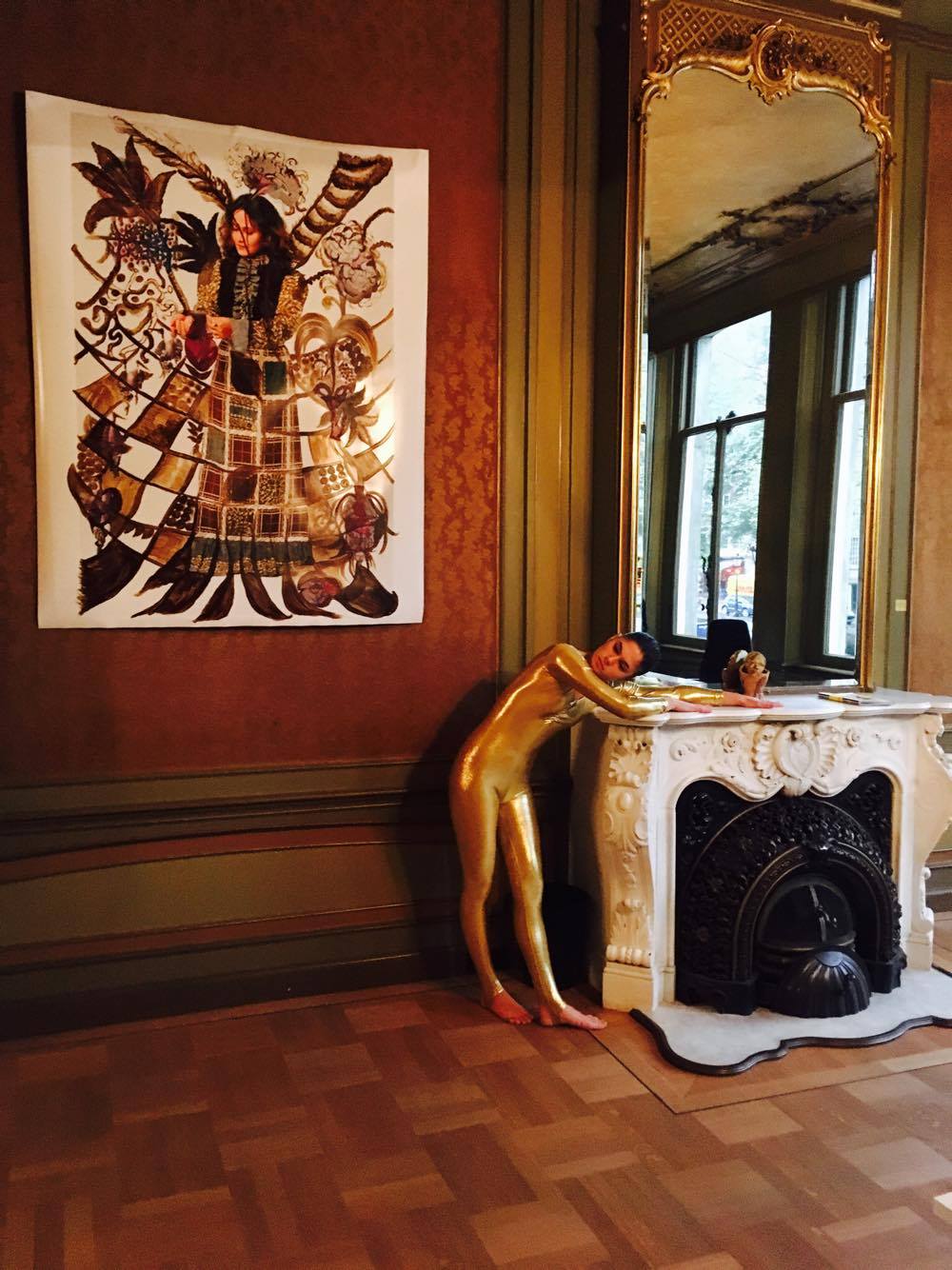 One of the things I was very much looking forward to doing on my next visit to Amsterdam, was to explore art spaces I never had the chance to visit as a student. Timing couldn’t have been better when I found myself wandering around the city’s canal streets at the same time as Amsterdam Art’s contemporary visual art programme for September-October was on. So many options and such little time! My friend Michelle and I organised a gallery tour in the city, discovering places in very familiar neighbourhoods that we had no idea what they were hiding behind their houses’ crooked walls. As we approached the door to Manifesta Foundation, a canal house on Herengracht street, we realised it was closed but my genuine intrusiveness as a tourist made me ring the bell anyway. When the door opened I felt intimidated by the aristocratic beauty of the house; the 17th century building looked like it shouldn’t be invaded by time-traveling strangers! Yet, we were kindly given a tour of the in-house exhibition curated by Lumen Travo Gallery, a discourse between 9 contemporary artists interacting with a momentum space of a different time. Marble floors and hunters at the garden, painted ceilings and vinyls on the wall, sparkling chandeliers and hand washing video installations; the attraction of opposites under the name ‘Dialogues’, just like the name of the course Michelle and I met at 3 years ago; intercultural, interspatial, intertemporal. We visited again the next day for ‘Golden Bend’, a performance by Monali Meher. The actress, Andrada Simo, was moving in the house interacting with each room and installation while narrating the building’s historic and architectural progression in time. As she was leading a group of 20 or so visitors around the house, she became part of it, a golden sculpture herself, like the 12 golden brains, Wisdom Lake, by Meschac Gaba, on of the visiting artists of the gallery.  She gracefully integrated with the space; the stairwell, the fireplace, the walls, the floor, the garden; in her golden suit, she was the golden bend, she was Grachtengordel, the canal belt, bearing great history herself. She finished her performance in the rain, out in the garden; a place for the lucky few who get to enjoy the beauty that’s hiding on the other side of the dutch canal houses; a private part of history that’s now- along with the rest of the gorgeous baroque house- open to the public thanks to Manifesta Foundation, a visual art hub that brings together many artistic events and exhibitions under its programme and definitely the highlight of my Amsterdam gallery tour.